1.  I've been a friend on Facebook for quite a while with Russell's longtime friend, Dan, and this morning I got to meet him.  Russell, Dan, and I met at the Glenwood for an excellent breakfast and a lot of fun conversation about taking pictures and food in Hawaii and a number of other things.  I hope we have the chance to spend time together again soon.  It was really fun. 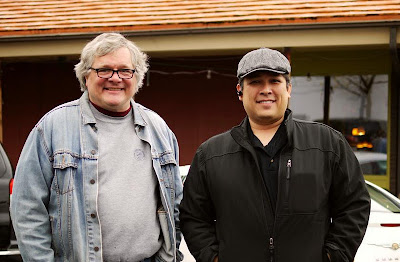 2.  A while back I read about a beer that Deschutes brewery releases seasonally called The Abyss.  Here's what Deschutes says about The Abyss:  "A deep, dark Imperial Stout, The Abyss has almost immeasurable depth and complexity. Hints of molasses, licorice and other alluring flavors make it something not just to quaff, but contemplate."  The Abyss came on tap today at 16 Tons and I ordered a half a pint, cautiously, because the ABV is 11%.  Oh, my.  Indeed, it moved me to contemplate and moved me to order another half pint.  It's a magnificent beer.  I had read another review of it elsewhere where the person simply said, "Yay molasses!"  My sentiments exactly.  (I also bought a 22 oz bottle of The Abyss and I'm going to let it age.  I've never let a beer age before and I'll crack it open sometime in 2012 and see what I think.) 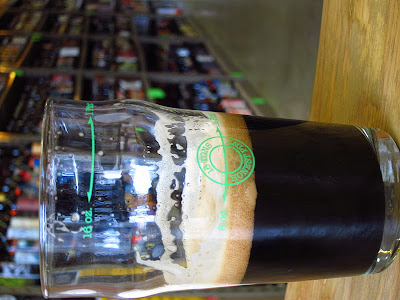 3.  The other night I browned about a pound of ground beef.  I needed to use it.  I looked around the kitchen.  Mmmm.  I've got onion.  I've got potatoes.  I've got two 14 oz cans of diced tomatoes.  I've got a 14 oz can of Bush's navy beans.  I've got garlic powder.   I have salt.  Water comes out of the tap.  SOUP!  I haven't done this for a while -- that is, I haven't combined whatever is in the kitchen into a pot and made soup and I've got to say, this ground beef tomato navy bean soup is really good!
Poured Like an Anode by raymond pert at 8:20 AM

Gathering Around the Table said...

Wow! That sounds like a great recipe. I made a stew for our African feast at school. This one would have worked also!