I began it just the way I wanted. I packed my suitcase after a good night's sleep at Aaron's airbnb, eased into the Sube, and dashed straight to Rocket Bakery for a three berry scone and a couple of cups of dark roast coffee.

One table at Rocket was filled with women who seemed anywhere from ten to fifteen older than me who seem to meet daily at the Rocket and the table next to me was filled with men a bit older than me who were musicians. I enjoyed overhearing bits and pieces of their stories about gigging over the past forty years -- venues they played in, funny experiences they'd had on past New Year's Eves, and people (none of whom I knew) they played with over the years.

2. I've known Roger Pearson my whole life. He was born on Christmas Day, two days before me, in the same hospital (the Wardner Hospital); we went to Sunday School and church together, played on the same Little League team, were basketball teammates from the 7-12 grades, played a lot of golf together, graduated from Whitworth together in 1976, and on and on.

Roger spent the Christmas season with his sister Trudi's family in Spokane and Stu organized a lunch today at Waddell's in north Spokane so a bunch of us lifelong friends could get together and see Roger.

Before going to Waddell's, I drove out to Whitworth and took a couple slow spins through the campus. I looked at the growth of the athletic area, made my way up to where only three of the six original dorms in the Village stand, admired the many new buildings that have been constructed over the last -- I don't know -- 20 to 30 years. I enjoy being on campus; agreed, physically, it's a far cry from the much, much more modest Whitworth College I attended and where I worked. But, my memories are alive, warm memories of invigorating learning, faculty I deeply admired -- no, loved --, students I loved working with, and peers who were (and are) among the finest people I've ever known.

At Waddell's, I found the table where our party was sitting: Byrdman, Stu, Lars, Jake, and Roger. I joined them and for the next two and half hours we told great stories, got caught up on present day news, discussed retirement --Roger and Lars are on the verge --, enjoyed good food, and sampled a wide variety of beers by way of flights. Every beer I sampled was excellent, whether a Winter Ale, a smokey Porter, two fruit sours, the Imperial Stout, or the house Lager.

(By the way, our server surprised me with a very tasty ice cream dish, covered with caramel sauce. I think some whipped cream was involved.)

Scroll down and you can see a couple of pictures of our party -- there you'll see six guys having an awesome reunion as great lifelong friends.

That, coincidentally, this reunion happened on my birthday made it even more fun for me.

3.  For my birthday dinner, I wanted to share a spread of cheeses from Murray's Cheese at Fred Meyer, cold cut meats, a hard crusted bread, sweet red pepper, chips and salsa, bread and butter pickles, dolmas, Kalamata olives, hummus, oatcake crackers, Honey Crisp apples (and brie cheese), and other such foods. I wanted to enjoy this spread with Pinot Noir wine.

Therefore, I stopped at Fred Meyer in Coeur d'Alene on my way home from Spokane and bought all of the above (Carol already had the wine), including about seven cheeses, ranging from strong and moldy to more mild. I had a lot of fun picking out the cheeses and making my way around the store picking out different items.

I dropped off the bags of food at Carol and Paul's, gave some simple directions about presentation, and after a short time at home, Debbie and I went to Carol and Paul's for my birthday dinner.

I had forgotten that I had also requested a "brothy" soup and Zoe came through with a splendid Chicken Pho. I had also forgotten that I agreed to have a dessert! So I was pleasantly surprised when Christy presented a ginger cookie silhouette cake. Whipped cream was definitely involved.

The dinner and dessert were perfect. I got to blow out a three candles that spelled out "60ish". That was fun and funny.

I came home with two great books from Christy: David Whyte's Consolations and an anthology compiled and edited by Barry Lopez and Debra Gwartney, Home Ground: A Guide to the American Landscape. 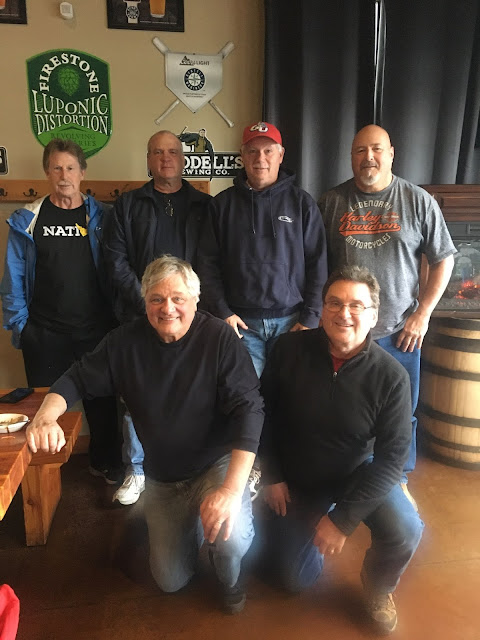 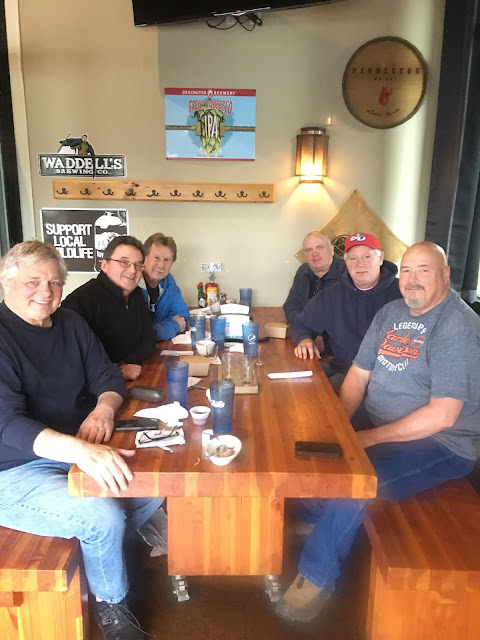 Poured Like an Anode by raymond pert at 10:27 AM