1. The clouds broke late this morning and I took advantage of this sunshiny and mild day by driving to the Enaville trailhead on the Trail of the Coeur d'Alenes and took a walk west toward Cataldo. When we lived in Greenbelt, I made regular excursions to places like Huntley Meadows, Rock Creek Park, Capital Crescent Trail, Oxbow Lake, Watkins Regional Park and the Brookside Gardens, Patapsco State Park, Sligo Creek Park, Greenbelt Lake, Greenbelt National Park, Paint Branch Trail, the Tidal Basin in Washington, D.C., and other places to take walks and hikes and to take pictures. I have fallen out of this habit since we moved to Kellogg and I'm hoping that today I started getting back into the habit of driving to different places in Shoshone and eastern Kootenai county. Today, it was invigorating to walk nearly 6000 steps and to get my camera back in action again. You'll find pictures at the bottom of this post.

2. It being Saturday, I thought about the many Saturdays Russell and I drove somewhere in or near Eugene and took photo walks. Not only did those photo walks contribute mightily to my discipline taking pictures and not only did I enjoy talking with Russell and enjoy lunch together nearly every time we went out, but I tried a lot of different things with my camera, was inspired by how Russell took such different pictures of the same place we both photographed, and, thanks to the regularity of taking these pictures, I improved my skills.

I've been in a long picture taking slump since moving to Kellogg. I don't have the luxury of a regular photo walk with a friend that kept me motivated in Eugene nor do I have the excitement of living in a metropolitan area with countless different stretches of parkland and local trails and national treasures like the Kenilworth Aquatic Gardens or the National Arboretum to explore and photograph.

I'm going to try to break out of this slump, get out in the world around Kellogg, and take pictures regularly again.

3. I've been having a lot of fun this season following the St. John's men's basketball team and they played DePaul today at 3:00. The broadcasters of the game broke the very disappointing news that St. John's leading scorer and team leader, Shamorie Ponds, was out of the game with a strained lower back. Without Ponds, St. John's was not nearly as offensively aggressive. They played with uncertainty and never seemed to find their offensive rhythm. They played hard, but none of their other players emerged to competently run the offense or to provide the spurts of scoring Ponds reliably provides. Consequently, the Johnnies lost to DePaul, 79-71.

Around 6:30, I ambled next door. Christy is trying out recipes from Alex Guarnaschelli's cookbook, The Home Cook: Recipes to Know by Heart. Tonight she prepared a creamy and delicious pasta dish with an leafy salad featuring tiny cubes of cheddar cheese and apples. She will serve us another dish from this cookbook for Sunday's family dinner.

For the first time in nearly a month, the Zags played a team tonight that gave them a tough test. The San Francisco Dons are disciplined, experienced, persistent, and unintimidated. Until their offense froze in the last four minutes, when they missed eight of their last nine shots, the Dons stood up to the Zags, traded leads, and had a very good chance of winning this game. In other words, as often happens when a superior team plays a very good, but a not quite great team, in the last four minutes the San Francisco Dons got worn down and Gonzaga's depth, their ability to keep players fresh, and the way they can get points in tight games from a variety of players prevailed.

For thirty-six minutes, USF and Gonzaga were evenly matched. But not for forty minutes. Gonzaga outscored USF 17-2 in the final three minutes. Josh Perkins, Zach Norvell, Jr., and Gino Crandall all hit crucial baskets and Brandon Clarke and Rui Hauchimura sealed off the inside on defense, helping explain the Don's late game drought.

The final score:  Gonzaga 96. USF 83. Don't let that final point spread fool you. Until very late, this game was very close and had Zag Nation reaching for the Rolaids.

Pictures from west of the Enaville trailhead and the Coeur d'Alene River: 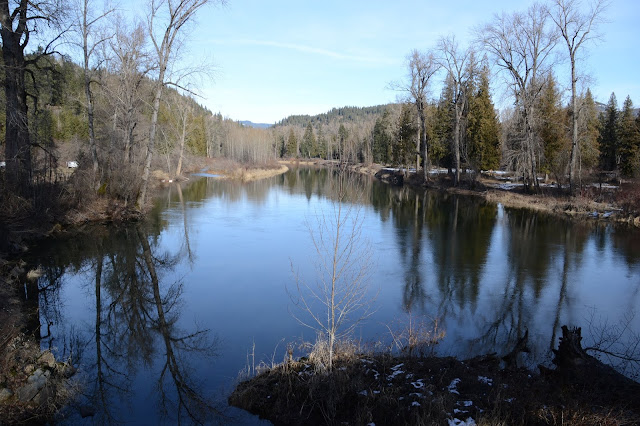 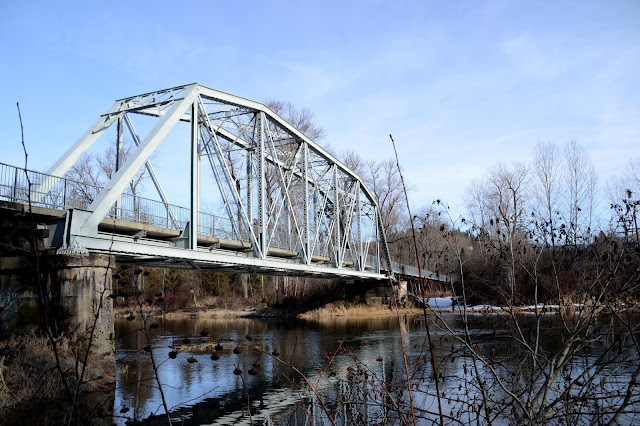 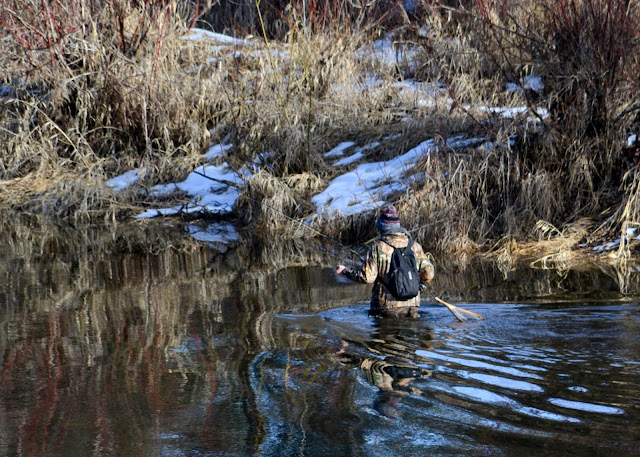 Poured Like an Anode by raymond pert at 8:04 AM