1. Back to Monday night's Kellogg vs Wallace basketball game.

I have probably written about this before, but it's one of those events in my life that is on eternal rewind and, of course, it came back to me as I took my seat twelve rows up, near where Dad used to sit when he could (or would) come to our basketball games.

It was January of 1972. If I remember correctly, the weekend before, at home, we Kellogg Wildcats had defeated both Lewiston and Clarkston on consecutive nights and the sportswriters of the state of Idaho had ranked us sixth in the state. Coming off these great Friday and Saturday night wins, we played Wallace the following Friday night.

A ton of people from both towns came to the game. Both Kellogg's and Wallace's pep bands played, making it not only a battle for basketball supremacy in Shoshone County, but a battle of the bands as well.

One of our best players, John Hinkemeyer, was injured (I remember it was a sprained ankle) and so a spot on the starting five was open. To this day, I don't understand why our coach not only named me to start in Hinkemeyer's place, but also named me captain of the team that night. I was not the first forward off the bench. My playing time had been on the decline. I was not in good game playing condition.

Moreover, and I could never admit this in high school, I was a very excitable player and my nerves and adrenaline overpowered any calmness I might have on the court. I played with tunnel vision. I often played out of control. And, here it was, 1972, my senior year, and I still thought that I could do what I did when I was the leading scorer on the freshman team: pop and drop uncontested fifteen foot jumpers from along the baseline against zone defenses. Even though I didn't play much in high school, when I did, I still thought I could be the guy I'd been back in 1968-69. I never put it together that I hadn't grown in height since the 9th grade, my skill hadn't grown much, and the varsity game moved more quickly and defenses were tighter.

Naming me a starter and team captain was a disaster.

Here's what will haunt me forever: Kellogg won the game's opening jump ball and the tip went to Lars. I excitedly streaked to our basket, Lars saw me, fed me perfectly, and I laid up an adrenaline fueled cripple that I shot too strongly and the ball spun out of the basket. I blew our team's opening shot and it was an uncontested lay in. When our coach called an early time out, in the huddle he barked, "Well, Woolum, You got us off to a great start."

In my mind, looking back, my missed lay in set the tone for what became a nightmare game as Wallace pounced on us early and we lost. I don't remember the score.

Today, I was messaging back and forth with Stu about our 1971-72 team and Wallace's 71-72 team. Stu said, as we exchanged our evaluations of each team, "Well it's all in the hazy past now!" I replied that my missed lay up to open the game would always be sharp in my memory.

Stu told me he didn't remember my missed shot.

I thought, "What!? I thought everyone remembered it and blamed me for that night's loss."

Stu also told me that he doubts anyone else remembers it and no one else cares that I missed that lay in.

Suddenly, I was about fifty pounds lighter.

The guilt I've felt all these years about that missed lay up won't dissolve instantly, but, Stu helped set me free of it, helped deliver me from the effects of a demonic memory that has haunted me for forty-seven years. I've replayed that missed lay in in my mind thousands of times. I've imagined that shot dropping, the gym exploding with cheers (instead of groans), and I've imagined my phantom successful lay up energizing our team, catapulting us to a great start in that game instead of the lousy one we had.

Sounds like it's time for me to join my teammates and stop blaming myself and let that awful memory dissolve.

2. I was prescribed anitbiotic eyedrops in anticipation of this Monday's cataract surgery. I received a letter yesterday from the insurance company telling me that it doesn't cover this medication, but that I could initiate a review process. So I did. This morning. I'll keep my fingers crossed.

3. I spent a good chunk of time this afternoon driving, first to Cataldo and then I backtracked and drove on the Old River Road outside of Enaville. In a wide place, I parked the Sube and walked back to the one lane silver bridge and took a series of pictures coming and going up and down the road. I didn't get a ton of steps in, but I had fun taking pictures. You can see seven of them below. I returned to the Sube and drove up as far as the Country Lane River Resort, scouted future photography possibilities, turned around, and returned home. 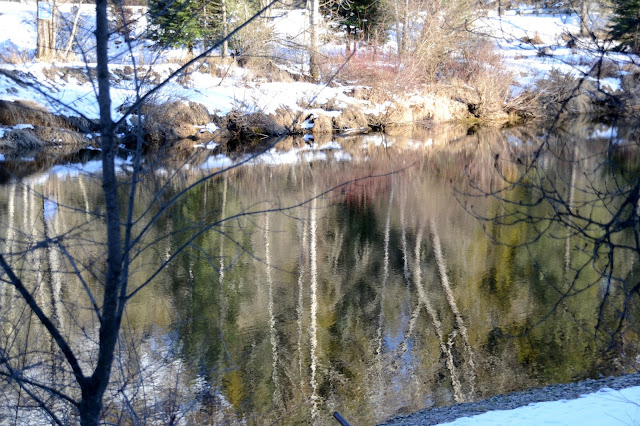 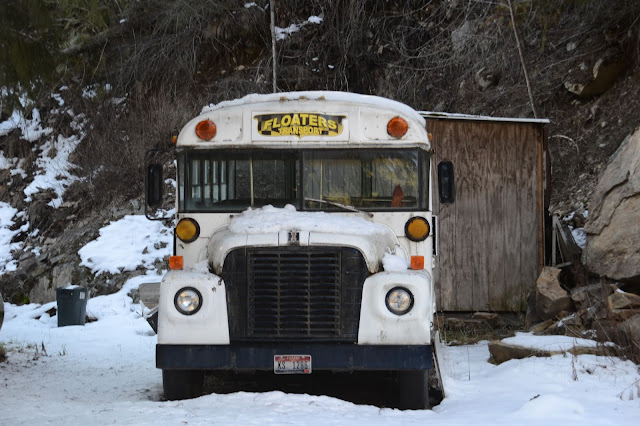 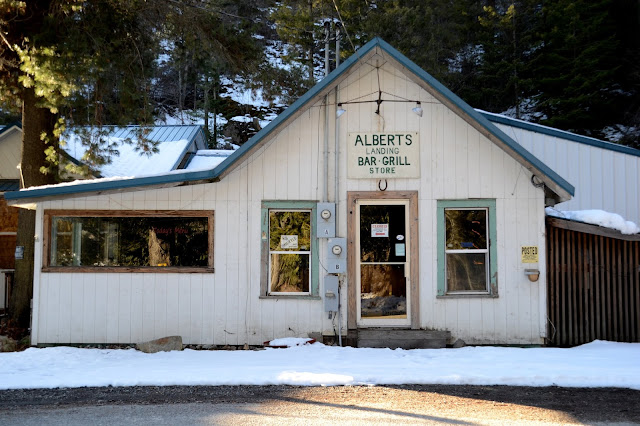 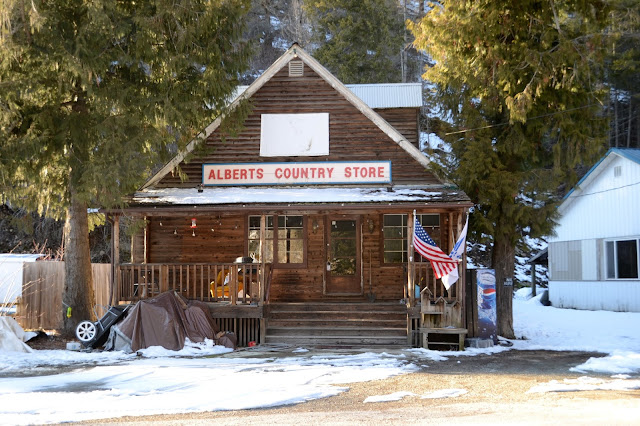 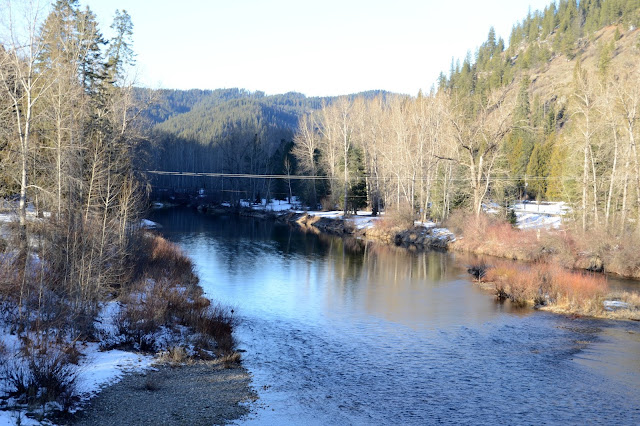 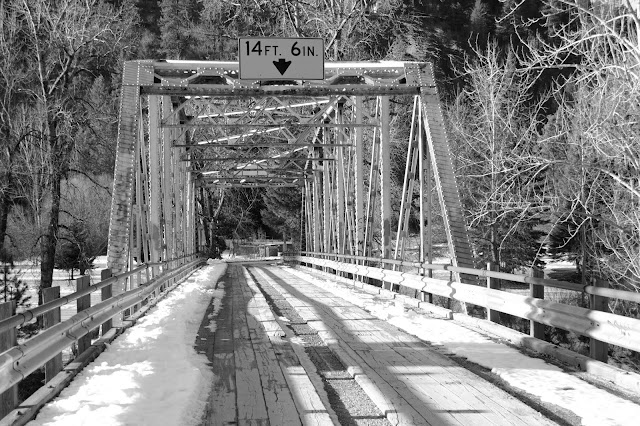 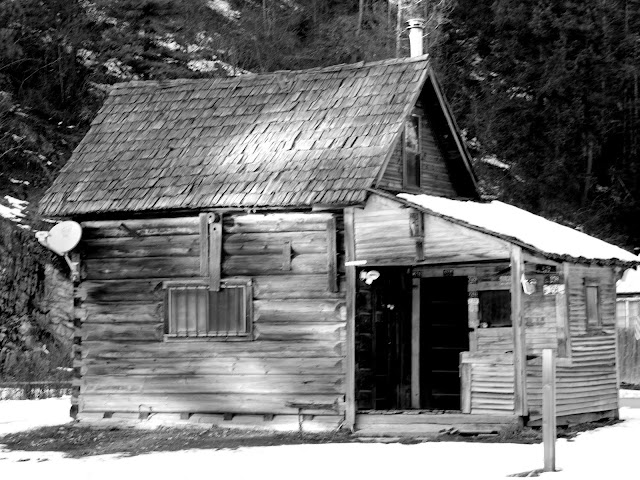 Poured Like an Anode by raymond pert at 9:39 AM