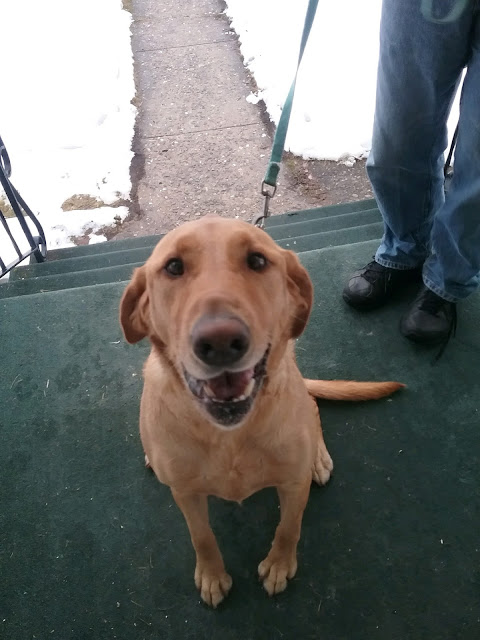 This morning, I was sitting in our living room in my night clothes writing away and I saw this sweet dog wander through our front yard. I went to the front porch and he wagged his tail and sauntered up the steps and joined me, happy to let me pet him and scratch under his chin.

He had on a collar, but no identifying tags.

I couldn't let him in the house because Maggie and Charly would go ballistic.

I needed to get dressed and grab a leash, hoping my new friend would wait on the porch for me.

So, once dressed, I walked the neighborhood. Jane, who lives next door, told me she saw Jack walking west, and so I headed west and north and after about ten minutes, I spotted him back at the corner of Mission and Utah.

"Hey, Buddy! Come on, Buddy!" I cried out and he wagged his tail and galloped up Utah Street to me and I put a leash on him.

I returned home and the Deke took a picture of him and she and Jane commenced efforts to find the owner.

I'm not quite sure what Jane did -- I think she contacted a woman in town who "knows all the dogs" -- but it turned out Jack has been a happy wanderer before, the all-knowing dog person identified him, and got Jane and the owner in touch with each other -- or something like that.

Meanwhile, Jack and I were out for a walk around the west end of Sunnyside when my phone rang and it was the Deke, telling me Jane had located the owner and that she was coming to our house to pick up her dog.

Sure enough, Jack and I ambled back to the house and soon a relieved and grateful woman showed up, told me her dog's name was Jack, and told me that "the gate got opened somehow" and Jack went for his stroll.  She and Jack live about six or seven blocks away.

I was happy to see Jack back with his owner, but, I'll admit, my feelings were very similar to when I let Harriet Potter go last June as she flew from Dulles to Portland: let's just say I would have loved more time with each of these sweet dogs.

2. I spent more time today planning Sunday's family dinner and went to Yoke's and found everything I wanted. Back home, I remembered that I have a peanut sauce recipe I like a lot and upon reviewing it, realized I'll need to return to the store in the morning to pick some ginger root and I also need the green onions I forgot today. Otherwise, I'm ready to go and helped myself toward Sunday's cooking project by shelling and crushing a pound of peanuts while listening to a variety of music, including Pink Floyd's album, Wish You Were Here, some New York City rock and roll like Patti Smith's "Gloria", Television's "Roadrunner", and Velvet Underground's "Rock and Roll".

I wanted to listen to an album by the Crusaders I owned back in around 1978, but I couldn't remember the name of it, even with the help of an Amazon music search, so I played some random Crusaders' cuts. I did remember owning Joe Sample's Rainbow Seeker and enjoyed listening to it and recalling the two and a half school years I worked at Whitworth right after I graduated from Whitworth and how I loved that job and the many students I worked with. A lot of those students were into Bob James, Chuck Mangione, Joe Sample, the Crusaders, George Benson and other similar musicians of that time and so was I. It's a lot of fun bringing those days back through this music.

3. The Deke roasted some chicken drumsticks with baby carrots and baby potatoes and made a simple green salad and enjoyed this delicious dinner together, happy that such a simple meal brought us so much satisfaction. 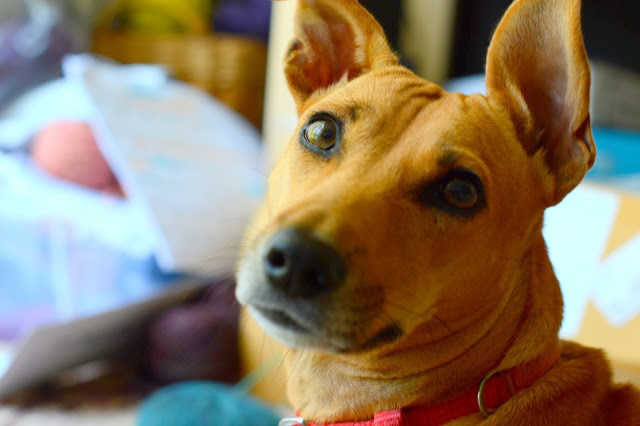 Poured Like an Anode by raymond pert at 9:08 AM