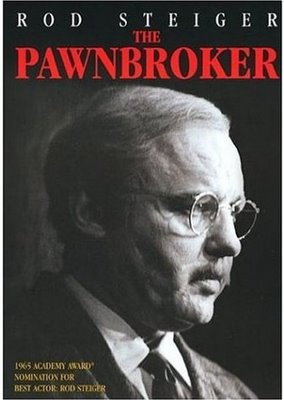 I have been working with my writing students during this last week of classes with the concept of beauty. I assumed they would have trouble with this idea, thinking that their thinking would be shaped by magazines and television and billboards and other media where beauty really is skin deep.

I asked my students to think and talk about beauty in a deeper sense and they took right to it, discussing beauty in terms of inner beauty, music and art, the beauty of Mother Teresa and her sense of service and charity; some talked about music and art.

This discussion was particularly sharp to me because my profession is often called into question. Are college professors and instructors (we have no professors at Lane Community College) trying to shock students with readings and films taught primarily to disrupt students' ways of seeing the world?

As an instructor in the liberal arts, I'm not very good at teaching stuff merely for its shock value. It's the same story with my colleagues.

I genuinely think the most shocking readings I assign students are Shakespeare's plays. Shakespeare is an audaciously shocking playwright and confronts his audiences with terribly shocking situations: Macbeth's serial murder spree, Iago's ammorality, Henry V's justification for war with France, Gloucester having his eyes torn out of his head in *King Lear*, on stage. The examples abound in Shakespeare's plays. Yet, I can teach course after course studying Shakespeare's plays, and not a peep of complaint. No one would say I teach Shakespeare merely to shock students.

Do I teach Toni Morrison, a Nobel prize winner in literature, and the author of a story that centers on infanticide (*Beloved*) and rape, to just shock my students? How about Alice Walker's *A Color Purple* and its exploration of incest and rape? Do I teach it just to shock my students? No. But, these stories, whether Shakespeare's, Morrison's, or Walker's or any other writer who deals with the darker elements human action should shock readers.

But, I digress. I began writing about beauty. I think what my students began to understand today is that beauty is not necessarily pleasant. We spent the early part of the quarter studying the movie "Tupac: Resurrection". Tupac's music dealt with harsh ghetto realities. His songs are widely regarded as works of beauty.

I think my students began to see today that beauty and authenticity are linked. Tupac's lyrics are not works of beauty because they are pretty, but because Tupac hungers for justice. His authentic drive for truth informs the beauty of his work. Likewise, Toni Morrison plumbs deep truths about the horrors of slavery and does so in ways that rouse our compassion. By seeking to put us in touch with inexplicable mystery, she creates beauty.

My students and I looked at beauty in the ancient sense of the word, too. Plato thought that if one was seeking beauty, one could not be cruel. I'm simplifying the idea here, but what makes the Shakespeare plays and the novel by Morrison and Walker works of beauty is that their scenes of violence are not ends in themselves, and, in fact, in Morrison and Walker, the stories work their way toward healing and transformation.

When I taught at Whitworth College the first time in 1977-78, the first thing we showed our students in the Judeo-Christian tradition course was a shocking film: *The Pawnbroker*. Rod Steiger plays a concentration camp survivor named Nazerman who has repressed the memory of what he lived through and with his memories repressed he is numb.

Events occur in the movie that make his repressed memories flash forward. At the end of the movie, he impales his hand on a spindle. It's horrible. It's a moment of beauty. Few moments in a movie have lived with me so long. The moment epitomizes Nazerman's plight. To feel means feeling the horror of what happened during the war, including seeing his wife raped. Not to feel means he's shielded from those memories, but cannot function as a feeling human being. He's a living dead man. Impaling his hand forces him to feel.

But, we wonder, to what end? We don't know. The credits begin to roll and we are left with the uncertainty and existential grayness of Nazerman's life.

The movie shocked our students. It shocked us, the faculty.

The beauty of *The Pawnbroker* was its authenticity and the fact that the Judeo-Christian tradition, and more specifically, the claim that Jesus is Savior, makes no sense if it doesn't deal with the bleak reality of broken lives like Nazerman's.
Poured Like an Anode by raymond pert at 10:11 PM

"Come, gentle night, come, loving, black-brow'd night,
Give me my Romeo; and, when he shall die,
Take him and cut him out in little stars,
And he will make the face of heaven so fine
That all the world will be in love with night
And pay no worship to the garish sun."