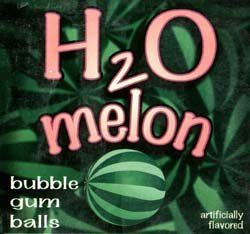 I walked into Center 009 this morning to teach my Introduction to Literature: Poetry class and my students looked like they'd just been drafted to join the German army to march to Moscow. The temperature had probably dipped down to 31 degrees which for the average Eugene citizen feels like -61 degrees, so they were bundled up in scarfs and winter coats, looking ready to stand all day in a mid-winter Berlin bread line. Students always look like this on November 1st. They are either hungover, drained from taking their children trick or treating, or coming down from a Halloween sugar high. I actually wasn't at the top of my game either. I'd slept fitfully, haunted by nightmares, fueled by the humiliation I'd felt that the Deke had handed out CDs, not candy to the children who came to our door.

After class, I found a bowl of leftover Halloween candy on the service counter in the Literature, Language, and Communication division office. Candice asked if I'd like some candy. I hesitated. She said, innocently, "There's a Watermelon Tootsie Roll Pop." Cryptically, I cried, "Yes. I can be with Joni again", grabbed the Tootsie Pop, fumbled off the wrapper, and blushed as I stuck in my right cheek.

For all I know, watermelon bubble gum was introduced in the greater United States of America during the Spanish-American War. It debuted in Kellogg in the spring of 1969, my 9th grade year, and is lodged in my mind with the Perry Como hit, "Seattle", which jumped off the television as the theme song for "Here Come the Brides"onto the top 40 charts, at least at KJRB 790 in Spokane, and with Joni White.

Joni White chewed watermelon bubble gum. I considered Joni White my girlfriend for about three weeks that spring. I wouldn't call our romance torrid. One night we danced all the dances at the Northwest Metalworkers Hall together to a band named something like Locksley Hall. We drove around town in the front seat of Chuck DeAndrea's pickup. She cheered for me once during a Babe Ruth baseball game. We never kissed. But, Joni chewed watermelon bubble gum. It was fresh. It was novel. It was distinct. It smelled like love. In my own wishful, dreamy, misty way, I thought Joni was just the girl for me, and those liquid, flushed, naive feelings have never really died, and are resurrected when ever I smell watermelon gum or, as today, eat watermelon candy.

As it turned out, I was really a diversion for Joni. Not long after we had danced every dance and rode through town a few consecutive afternoons in Chuck's truck and after we'd had a few conversations on the telephone, I was going to baseball practice and Joni was riding with Duane Stevenson in his pickup, sitting right next to him, and I heard at school that she was his girlfriend. It figured. Joni liked boys who were more trouble and more dangerous than I was. The most dangerous thing I did in the 9th grade was steal second base without a coach's signal. I think my obedient, home on time, Pepsi-cola ways didn't work for Joni.

So, it's odd to me that this short interval of talk, dancing, and riding through town has stayed with me so sweetly and is so acutely attached to watermelon candy or gum. The associations and memories triggered by songs, smells, tastes are mysterious to me. It is as if the body, more than the mind, has memory and that when the senses latch on to an experience that is particularly pleasing, like the smell of watermelon bubble gum, they will also latch on to an experience that is equally pleasing -- in this case, believing Joni White was my girlfriend.

You'd think having been tossed aside without a word and replaced without a word by Duane Stevenson would have embittered me. You'd think I'd never want to taste or smell watermelon candy or gum again. The opposite is true. Joni and I are good friends now. She is one of the very finest people I know and is married to a terrific guy. Joni and I have never talked about what I've written here. It doesn't need discussion. It is a small deal....except in the realm of sweet memory and sugar. It's good to know, then, that if I ever have the need or want the chance to return to Kellogg and Perry Como and playing Babe Ruth baseball and a couple of slow dances with Joni White, that all I have to do is get some watermelon candy or gum, pop it in my mouth, and, abbacadabra, it's all right back.

Oh, by the way, I try to help my students see that this is how poetry works, too. It's like watermelon bubble gum, triggering the memories of the senses. Maybe Friday morning I should hand out watermelon bubble gum to start class.
Poured Like an Anode by raymond pert at 9:21 PM

I tried that watermelon thing.

Didn't bring back no memories though.

Jus' made me feel kinda woozy.

"NO UNCLE DICK! NO!!! NOT ANOTHER MELON SEED. NONE MORE WILL FIT I TELLYA! NONE MORE!!!"

Oh well, back to work.