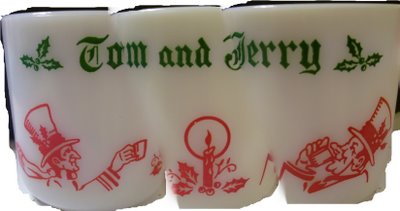 "So, was my dad a pretty good bartender?"

"You god damned better believe it. Your old man was a class act behind the bar...he was an asshole otherwise (laugh, laugh, laugh), but he had finesse. He could mix those shittin' woman drinks and serve a clean gin and tonic, too. God damned right he was good."

My dad's favorite two words of praise were "class" and "finesse". If he liked a performer, and it could be Frank Sinatra or Roger Whittaker or Mel Torme, his ultimate compliment was, "Now, he's got class."

When my dad witnessed something he thought was coarse or out of line, he would call it classless or say it" has no class".

Sometimes he would think of the funniest things as having class. He would put on Mennen's Skin Bracer after he shaved and look at me and said, "You gotta have a little class, son."

A steak with a glass of wine preceded by a dry martini on the rocks and followed by either brandy on the rocks or a stinger: that was class. For a long time the wine was Lancer's Rose wine. Later it was Cabernet Sauvignon, which he called "Cabernet Shawvun..Saavaan--Christ, give me the good shit". That was class.

Dad didn't talk much about other people having finesse. He liked to describe himself having it, whether in the garden or if he hit a (rare) soft pitch from just off a golf green.

When my dad witnessed me or someone else do something that lacked finesse, he said that that person was "like a one legged man in an ass kicking contest" or "like a pig on ice".

He had ample opportunity to comment this way on my lack of finesse on the basketball court, especially when my adrenaline was coursing through my veins at warp speed and I ran from one end of the court to the other without finesse, that is, to quote my dad, "like a chicken with my head cut off".

The second was serving Tom and Jerrys. Every year, maybe three or four days before Christmas Day, Dad took over the kitchen to make Tom and Jerry batter.

For Dad, taking over the kitchen was a safari. For the other 364 days in the year, the kitchen was two things to Dad: 1) where his breakfast and dinner were served hot at the dining table and2) the room in that housed his Hieldelberg beer. To use the kitchen to make something was culture shock for Dad. He was a nervous wreck. He couldn't have any one near him. We might doodledash his finesse.

I'm not sure what in the batter required finesse. It must have something to do with the egg yolks divided from the whites; or the supergranulated sugar, which we never had in the house except when Dad made Tom and Jerry batter. Maybe it was the cussing. You'd think Dad was smashing each finger one by one with a sledge hammer as much as he cussed making the batter. We'd hear a spatula hit the floor. We'd hear the mixer turn on. He'd take the Lord's name in vain, creatively. Mom would ask him if he needed help.

Then, he'd announce he was finished. The batter was gorgeous. Thick, creamy, yellow, sweet. I could never believe such beauty could come from so much cussing.

Then he mixed up the booze that went with the boiling water that the batter topped. He combined Carstairs Whiskey, Christian Brothers Brandy, and whatever Rum was going cheap, into a decanter and always said the mixture would "knock a cat off a gut wagon."

Visitors came on Christmas Eve and Christmas Day. The batter sat in a Tom and Jerry bowl in the refrigerator. The bowl was white with Tom and Jerry inscribed on it in green and holly, with red English gentleman figures in top hats merrily enjoying a hot drink. We had mugs that matched.

"How'd you do it, Pert? These Tom and Jerrys are pretty goddamned good."

"Finesse. You've just got to have a little finesse. And class. I run a class joint here. Pay close attention, pard."
Poured Like an Anode by raymond pert at 5:24 PM