Cartography: Sunday Scribblings: I Have a Secret

This week's Sunday Scribblings prompt is "I Have a Secret". Read more posts here. 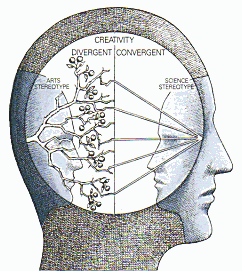 When I found out that MarmiteToasty (her spectacular blog is here) lives in Hampshire, the first thing I did was start searching the World Wide Web for maps so I could place her geographically.

In graduate school, I'd procrastinate by spending hours in the Map and Aerial Photography library and peruse Forest Service maps of the Panhandle National Forest and take imaginary trips on old roads up Senator Creek or to the old cedar grove near Eagle.

Maps fire my imagination, whether it's a map of London or Cincinnati or running my finger along the different routes the Deke and I travelled two summers ago when we drove to Kellogg and then to Cincinnati, on to Hendersonville, NC and then to Chicago and back to Kellogg again. Maps help me relive and enjoy again the modest travelling I've done.

All that said, I have a secret longing to be a cartographer. But, I'll never be one in the compass, sextant, telescope, computer software sort of way.

Instead, I'll continue to satisfy my secret longing in other ways.

Every term at Lane Community College, I map out a course of study for my students in the different courses I teach. It's why they are called courses. I map out a path for the students to walk on as I lead them on a mapped out course toward learning to read more knowingly, write more critically and creatively, and think more deeply.

I write this blog to add to the map of my experience. Many areas of my experience remain unmapped, unchartered. Each day, whether it is mapping out Three Beautiful Things or mapping out my relationship with my family or mapping out old friendships or things I did in the past, I am the cartographer of my memory and of my emotions and I invite anyone who reads my blog to explore this daily map. I keep adding new latitudes and longitudes.

I am also always mapping the course of my thinking. This map has few straight lines and many dead ends and switchback curves. The mind is difficult to map, if it's active. The mind moves by association, doubts itself, digs deeper, travels old roads, tries new ones, occasionally follows a straight path, and is restless.

Charting it is difficult because its territory is infinite and ever changing. There's no foreseeable end to its many streams, rivers, creeks, lakes, and seas. Mapping one's mind means always charting temporary territory, territory whose boundaries will shift, whose lands will sometimes disappear, and whose towns and cities will sometimes pick up and move to whole new states and countries, sometimes without warning.

I will not be a cartographer of the physical world.

But, my secret longing to be a cartographer is deeply satisfied by mapping the metaphysical worlds that are not visible, but are the most profoundly real worlds I can try to map.
Poured Like an Anode by raymond pert at 10:00 AM

Ray - I enjoyed your post! I too am fascinated with maps -- of the physical and metaphysical world. I get it.

By the way -- you mentioned Lane Community College. Are you referring to the one in Eugene, Oregon?

Yes, Rob, I teach English at Lane Community College in Eugene. I don't if I teach under a pseudonym or blog under one, but my name is different in my job than my blog.

If you'd like to further this conversation, email me at

Glad you get it! Maps of the outer and inner world are really a blast!

What a cool take on sunday scribblings! I just recycled my swooning blog, made a few edits and voila! LOL
My son (7yr old) is so into maps. He loves google earth and will spend hours on it. China is favourite place to virtually go. We have world maps, maps of places we have visited, maps of canada, maps of where we live, we live in a sea of maps...LOL
My eldest only interest in maps is the compass part. He has a compass that a friend let him borrow and it's real one that the army uses. The boy is so excited....lol
Here's to mapping out our future!

Most think women are no good reading maps but I find those fascinating. I enjoyed your post.

I have always loved maps. One of my best-ever gifts is a pair of earrings that are globes, made of copper & brass, and each one represents a different side of the globe.
I have tons of maps, too. For me, it represents the unknown, the possible. I have always wanted to travel the entire planet. I can't think of anywhere that I wouldn't go, given the chance/resources! Needless to say, I'd write about my travels & take lots of photos.
I enjoyed your post.

Nice post! I am a globe fanatic.You post has inspired me to take more of an interest in maps.