In My Room: Sibling Assignment #24 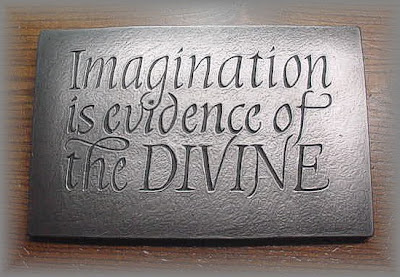 This week's sibling assignment comes from InlandEmpireGirl: Remembering a room: Think of a room from our growing up years. It can be in one of our houses, another person's house, or a relative's house. Write about remembering that room and why it was significant to you.

InlandEmpireGirl's post is here and Silver Valley Girl's is on its way.

When our family moved to what is now Mom's house in 1962, I was assigned the bedroom upstairs. It's a small room with a curved ceiling that peaks in the middle, but tapers down on the north side, following the pitch of the roof.

That room was the physical space where my imagination resided.

At first, when I was only eight years old, my imaginings were most dark and frightened. The room put me closer, as I perceived it, to thunder and lightning. When thunder storms would gallop in from Montana, I would crawl under my blanket and put my cheek in the small pocket formed my rump and hide from the noise. Some nights, lightning flashed brightly enough that I could see it through the blankets and I'd whimper in fear. I braved out storms. I didn't want anyone to know I was so afraid.

One night, a storm blew the outside storm window of my bedroom off its hinges and crashed on the sidewalk below. I bolted upright. Another night, the Day's minx next door was in heat, wailing like a starving baby. I had never heard the sound before and ghoulish pictures of creepy beasts haunted me all night.

As I grew older, the night frights subsided. My imagination switched to sports heroics. I had trundle bed about four feet high. It was perfect for making diving catches against the Candlestick Park or Yankee Stadium wall of the bedroom wall my bed rested against. I tossed a baseball out ahead of me and dove across the bed, making acrobatic catches, always to preserve a Giants' victory, whether in Candlestick against the Dodgers or in my version of the '62 World Series, where fortune fell on the Giants' side, not the Yankees.

Willie Mays and Willie McCovey and Jose Pagan and Felipe Alou will be happy to know that their '62 Giants won that World Series about 400 times in my bedroom, thanks to game saving catches I made on long drives by Mickey Mantle or Elston Howard or Clete Boyer.

I also loved to bring a blown-up balloon to my room. Then I could be a championship boxer. I tied the balloon to the string that fell from the room's one light bulb, and punched it with sharp left crosses, devastating upper punches, and crushing left hooks. I didn't pretend I was any boxer in particular. Names of boxers hadn't quite sunk in to me left. My opponents were nameless, too. I just liked boxing the balloon. One day, though, I smashed the balloon with too forceful downward chop and busted the string. I left enough string to grab and turn the light off and on, but my boxing days were over.

As I got older, I lusted for a Strat-O-Matic baseball game. Strat-O-Matic gave the player the capability of managing baseball teams and with rolls of the dice, players pitched and hit in alignment with their previous year's statistics. I often bought the Sporting News at Dick and Floyd's and would read over and over again the advertisement for Strat-O-Matic, but its price was out my range. Instead I bought a cheap knock-off game with mimeographed sheets and simple formula.

I had played Strat-O-Matic with Roger at his house, and my game was nowhere as sophisticated, but in the privacy of my bedroom, I didn't care. I took notebook paper and made a scorer's book and played nine inning games and diligently kept score, as if I were watching major league baseball. My cheap, uncomplicated game gave me hours of pleasure and kept my imagination alive as Richie Allen, Wes Parker, Wes Covington, Rocky Colavito, Johnny Callison, Jim Bunning, Gaylord Perry, and a host of other big league players visited the stadium of my mind and scrapped out nine inning games I could have them play with a roll of the dice.

Some nights, I could pick up a radio signal from San Francisco and then the San Francisco Warriors and their opponents could come into my room. I loved listening to their games and imagining what it looked life for Jeff Mullins to swish a jumper from twenty feet or Elgin Baylor to sweep across the key and extend his fingers above a defender and drop a finger roll for two.

These days still live today. I far prefer listening to all sports on the radio rather than watch on television. I subscribe to XM Satellite radio primarily because they broadcast every Major League Baseball game and now it's parks across the country I create in my mind, and instead of Willie Mays, the rooms of my imagination are populated by David Ortiz or Magglio Ordonez.

It's the same with NASCAR and major golf tournaments. I'd rather have the azaleas of Augusta National and the rigors of the US Open described on radio and feel the suspense of bumber to bumber cars speeding over 175 miles per hour described to me by broadcasters at each turn of the race track oval than watch on television.

Where was I when we had all the thunder and lightning? I must have been downstairs and the sound of Mom watching Bewitched much have drown it out. Boy do I remember that cat in heat to this day. Very scary. As always, Iearned more about you from your assignment.

Interesting. I always wanted a room of my own, but maybe I would have been hiding under the covers during storms.

I'll have to blog about that desire sometime, and how I tried to make my own space in a shared room.