1.  Christy and Everett bought Mom a gorgeous bouquet of flowers and here, two days after her surgery, sits Mom, enjoying the flowers, and you can see how she's holding up after being in the hospital: 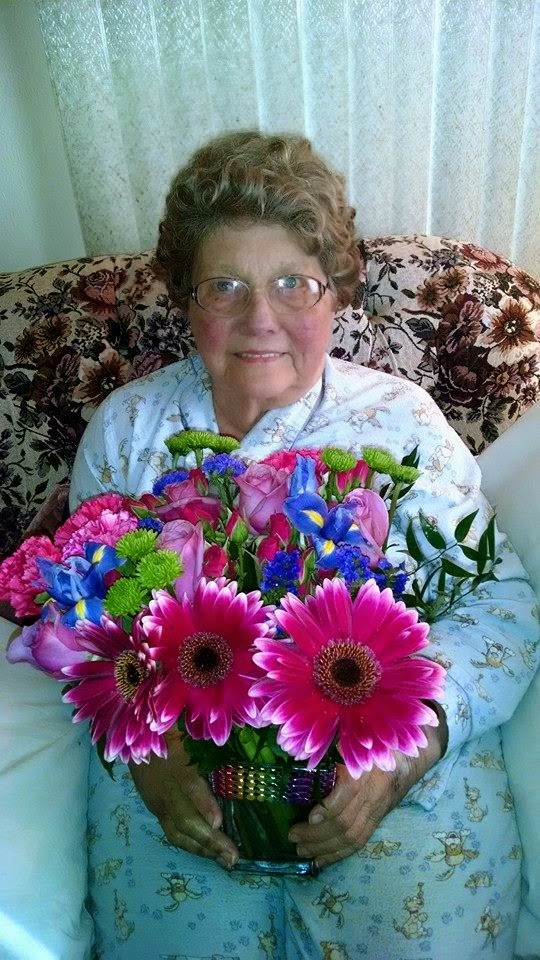 2.  It was a great day for walking.  I returned by foot to the tax guy.  He had corrected the returns so that the Deke's name, not mine, was on them.  My route to his office took me part of the way around Greenbelt Lake, and then I picked up the trail again and finished walking the circumference of the lake and headed on home.  By day's end, thanks to a trip to the store and the library and a stroll down to the mailbox, I racked up about 9,000 steps, a great walking day.

3.  I tried to imagine how happy Christy must be, along with all the other fans of Gonzaga men's basketball I know in the greater Spokane-CdA-Kellogg metropolitan area, when the Zags defeated UCLA this evening, 74-62.  I double-tasked during the game, checking on espn.com periodically for scores while watching an unusual episode of Inspector Lewis about a writer of fantasy fiction and a murder committed with a magic mirror and a C. S. Lewis sword.  Honestly, sometimes, as I watch episodes of Inspector Lewis, it's as if the movie Blue Velvet were transported to Oxford -- the series examines a dark underbelly of weirdness existing underneath the intellectual and respectable and posh veneer of Oxford University life.
Poured Like an Anode by raymond pert at 5:43 AM