I assigned my sisters and me to write up a response to this prompt:

When we were in high school, we had Homecoming every fall. Write about something you recall about one of your three high school homecomings whether it's a football game, a dance, a pep rally/bonfire or anything else.

I consulted my senior year annual and now I know that Homecoming for 1971 took place on October 1st and, on the night before, we had a snake dance, bonfire, and pep rally at, I think, Teeters Field. On page 57 of the annual, I am pictured, along with other pep band members, standing on the back of a flatbed truck playing my baritone horn. I have no memory of what the annual calls "an inspiring pep talk" by coach Fred Morris nor of the snake dance nor of the bonfire.

What I do remember, however, developed into one of the most bizarre nights I ever experienced in Kellogg, Idaho.

It began after the pep rally when Stu wanted to see how many people could pile into his family's International Harvester Travelall. I don't know what year Stu's Travelall was made, but here's a picture of a 1967 Travelall: 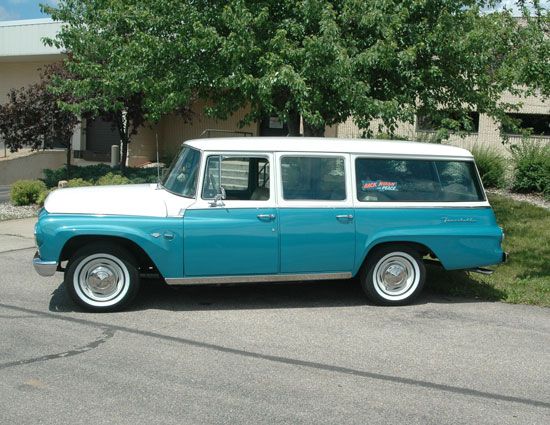 I vaguely remember that the StuMobile looked similar to the one I've pictured.

Word began to circulate that Stu wanted to pack his Travelall and, before long, approximately twenty of us kids crammed ourselves in and Stu embarked on a cruise of the Kellogg gut. We really thought we were crazy and the Travelall was filled with wisecracks, shouts out the windows, laughter, and a lot of teenage fun, but one kid brought firecrackers with him and began lighting them and tossing them out the back of the rig.

Stu was up for all sorts of harmless crazy hi-jinx that night, but he was not cool with having firecrackers being tossed out his vehicle. He drove the packed Travelall back to Teeters, told us that was it, and everyone piled out.

At some point, Mike Farley showed up in his green Plymouth Valiant. It might have looked something like this: 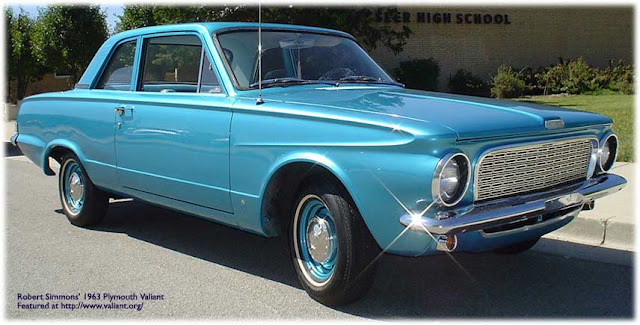 Several of us piled into Mike's car. I'm pretty sure Stu, Goose, Snotzy, and I piled in and, who knows, maybe Louie and Lars did, too.

Mike returned us to the gut and as we eased up Hill Street, turned left on McKinley, and cruised by Reco's Body Shop and Tony's Bar, we were closing in on the Inland Lounge and the Rio Club, across from the YMCA when, suddenly, we could barely see and we all started coughing and our eyes began to water.

It was tear gas! We were breathing tear gas in uptown Kellogg, Idaho!

To this day I don't know what the deal was. Was there a fight outside the Inland Lounge or the Rio Club? Had the Kellogg Police had enough of cars and a Travelall loaded with high school kids doing Chinese Fire Drills and being boisterous on the gut? Was this post-bonfire crowd control?

If anyone reading this does know or remembers, please let me know.

What I do know is that Farley kept his Plymouth Valiant on McKinley. He didn't hit any oncoming cars. He didn't hit any parked cars. When we arrived at the intersection of Main and McKinley, I think he turned left toward the funeral home and we got out of the car and took some time to recover. Luckily, no one's eyes were swollen shut and no one passed out or anything. We were all fine.

In fact, Mike Farley was so fine that the next night he quarterbacked the Kellogg Wildcats to a stunning 26-6 victory over the mighty Bengals of Lewiston High. Lewiston was a much bigger school than Kellogg and I never imagined that I would see the day when Kellogg would beat the Bengals. My shock over this win was repeated during the basketball season when Kellogg beat Lewiston at home in Andrews Gym, a win I contributed to only by never leaving the bench, never playing, and never screwing up anything.

Stu and I had burgers a couple days ago at Penny's Pit in Rathdrum and we did our best to piece together the Night of the Tear Gas. I'm not sure I got it all correct here; I'm not sure the two of us remember the details very accurately -- I mean this all happened 47 years ago! But, I know one thing for sure: on the night of September 30, 1971, a carload of friends and I entered a cloud of tear gas in uptown Kellogg and we all lived and the Wildcats beat the Bengals the next night.
Poured Like an Anode by raymond pert at 8:15 PM