1. I tried to call Mom but she didn't pick up. I texted Christy and Carol about this and, later in the day, Christy called me from Mom's bedside and so I talked with Mom. She sounded tired. She told me she enjoyed the Cinco de Mayo lunch they had on Friday. She told me she's doing her best to get better. She sounded tired. Later in the day, Christy and Carol took Mom on a tour of the facility and she saw Penny Benson and Ray Faraca, two longtime friends, and she saw our longtime family friend and my high school classmate and great friend, Carol Fulton Jacobs. Carol was there visiting her father. Another classmate, Pam Bloom Sample, is a nurse at Kindred and Mom was her second grade teacher over fifty-five years ago. Mom recognized Pam and was happy to see another friendly and familiar face.

2. I had fun making an egg salad based on the recipe I used the other night to make tilapia fish cakes. This was the Deke's idea. The Deke strung her guitar and started playing different passages as she begins to get herself in shape to perform with The Babes with Axes on July 22nd.

3. Molly came over mid-afternoon to help us do some reorganizing in our apartment home and when she finished stage 1, we decided to go to Old Line to have some food and some beer and yak about stuff. It was a stellar party together with conversations ranging between stuff going on in the present and talking about some of the good times and some of the bewildering times in our shared past.  The Deke and Molly took a self-portrait at Old Line: 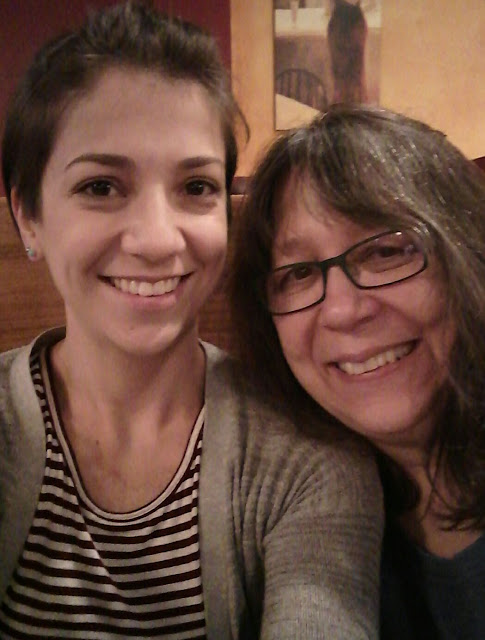 Poured Like an Anode by raymond pert at 4:34 AM