1. I continued to tackle Mom's Task List first thing this morning and moved the stove/oven away from the wall and away from the refrigerator and wiped out the bottom of it in preparation for Mom turning on the self-cleaning function during the day.

2. Christy and Carol and I were originally going to drive to Missoula today for a sibling outing and, I think if it were summertime, we would have.  But, with the cold weather and short days we decided not to climb over Lookout Pass and so we went to Cd'A and then the Spokane Valley Mall for the day. We enjoyed lively conversation over a full breakfast at the Breakfast Nook in CdA and then went for a frigid photo walk at Falls Park in Post Falls. After running errands back in CdA, we scooted over to the Spokane Valley Mall Regal Cinema to watch the movie, Creed, the next in the nearly forty year old Rocky franchise. After the movie, we enjoyed adult beverages and a bite to eat at Moon Time, an alehouse and food joint on East Sherman in CdA.  Here are pictures from Falls Park of the Avista Bridge, a bridge we used to cross on U. S. 10 before I-90 took over North Idaho. 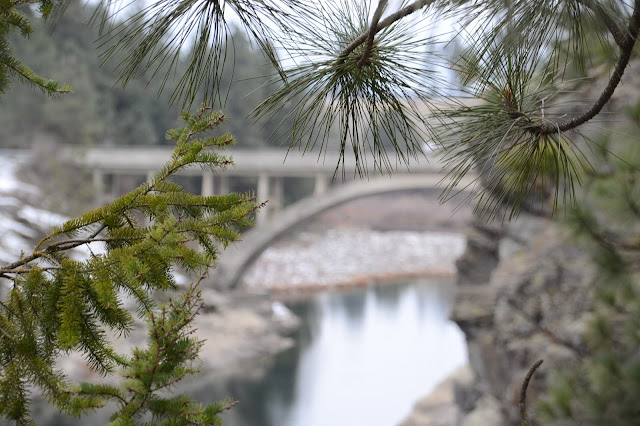 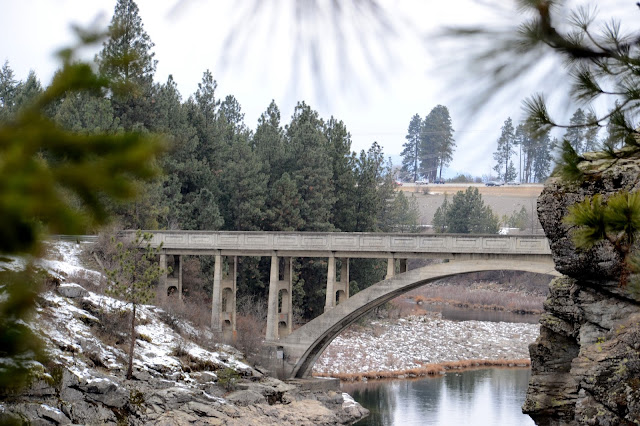 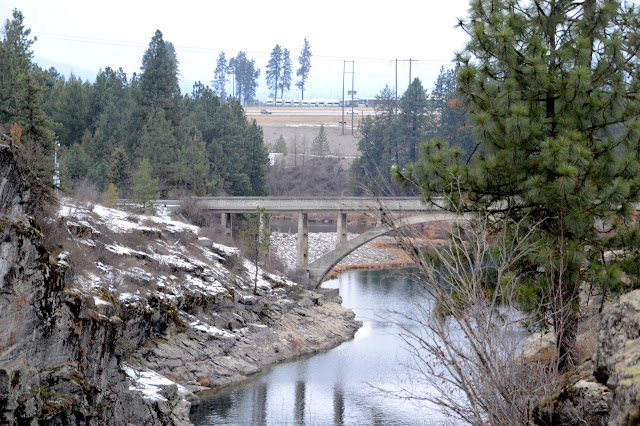 3. I had a most satisfying and emotional experience watching the movie, Creed. One thing I enjoyed about watching the movie was being transported back to 1977 and the Garland Theater in Spokane and the night I saw the movie Rocky for the first of several times that late winter and spring. Both Eileen, my wife back then, and I were transfixed by Rocky and returned to the theater several times to see repeat screenings. Today, I loved seeing the character of Rocky Balboa as a man in his late sixties, wise, humble, ready to go the distance as he faces the difficulties of aging. I also enjoyed the story of Adonis Creed and how his story unfolded against the backdrop of hip-hop music and black kids on dirt bikes and quads riding down the streets of Philadelphia. Yes, this was, in part, Sylvester Stallone's movie, but, even more, it was director Ryan Coogler's movie and Michael B. Jordan's movie -- and I couldn't help but be transported back to their 2013 movie, Fruitvale Station, a movie that stirred me deeply.
Poured Like an Anode by raymond pert at 7:38 AM