Three Beautiful Things 12/18/15: Goodbye Yzerman, Off to India, The Music of My Adulthood

1.  He lived a good life, old Yzerman. Molly and Hiram took him in back in their Texas days and he moved with them to New York, Georgia, Virginia, and Maryland. Every time I saw Yzerman he was good-natured and I loved the way he licked my legs when I wore cut offs and licked my hands when I didn't. Today, this good old soul died -- everything shut down and his time had come. He's been delivered from his deafness, incontinence, wobbly legs, and the onset of blindness, but, even as his body slowly deteriorated, his good and gentle soul was vibrant and alive.  God Bless him. 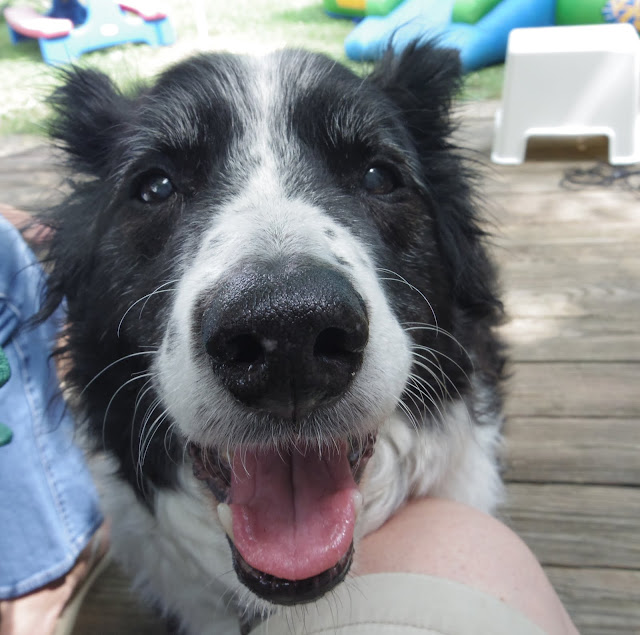 2. The Indian movie Mr. and Mrs. Iyer (2002) completely absorbed me and stirred me up inside. It's about a Hindu woman who has been visiting family and is returning by bus and train to her husband in Calcutta. A man volunteers to accompany her to keep an eye on her as she travels with her one year old son.  She learns he is a Muslim and the whole story turns on the Hindu/Muslim conflicts that flare up in their travels and how they deal with the differences between them. Not only did I enjoy the story, but the movie transported me into worlds I'd rarely or never visited in the movies -- and, as a bonus, it was, in part, a movie about photography.

3. The Deke and I returned home from dinner at the Diazes and I boiled some water, poured it in a thermal glass with brandy, a touch of rum, honey, and cinnamon, put on the headphones, and let myself be transported by listening to The Grateful Dead, The Jerry Garcia Band, Bob Dylan, The Oyster Band, Dire Straits, and a surprise visit to those fun times twenty years ago when Jeff and Margaret and sometimes Patsy and I used to go to the WOW Hall or the Sheraton ballroom and listen to the sublime jams of Zero.  Good Lord I loved Steve Kimock and Martin Fierro and Chip Roland and Judge Murphy and Bobby Vega and Greg Anton and whoever else might sit in with Zero and had so much fun, sometimes sitting and letting the music carry me to far off places and other times dancing my ass off.  I went to bed warmed by the brandy and rum and invigorated by "Scarlet Begonias", "Too Late Now", "Gregg's Eggs" and all the other tunes I've lived with over the many years of my adulthood.
Poured Like an Anode by raymond pert at 6:34 AM