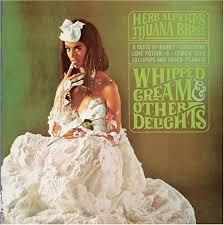 This summer, the KHS class of 1972 marks its 35th year since we graduated from high school. Our class has been, you might say, reunion crazy. We had a ten, a twenty, a twenty-five, and a thirty year reunion and we decided that for our thirty-fifth, we'd see if members of the classes of '70, '71, and '73 wanted to join us in two days of socializing, horseshoes, softball, volleyball, swimming, catered food, and dancing.

Through my blog, I've heard from a few people who are coming and I hope to hear from more.

These reunions are deeply gratifying. It's inspiring to see what fine people we Kellogg graduates have become. At the reunions I've attended, the air has been electric with goodwill, a genuine desire to learn how each other is doing, and a lack of pretension that has made me wish they wouldn't end.

But, now, the thought of seeing friends from the classes ahead of us along with the class one year behind us has me tingling all over.

I think I know exactly what this tingle is about.

I looked up to so many kids whether my age, a class behind, or kids older than I.

But, when it came, to say, music, I felt lost. I looked up to great musicians at Kellogg High, especially the ones who played in a Tiajuna Brass-like band called the Taco Benders.

When it came to music, I had no confidence, especially in buying LP's. I lived in fear that I'd go to a record shop and buy a Bread album and then find out that the members of the Taco Benders would hear about it and laugh, and I'd learn that the music of the moment was really The Steve Miller Band.

I was so relieved in 1970 at DeMolay Concave in Boise, when, after finding out that Gary Puckett and the Union Gap were in town, that the Taco Bender kids wanted to go. I'd never been to a live concert before. I was a ninth grader. I heard these guys talk about going to Spokane and hearing Steppenwolf and Three Dog Night and Chicago and I wanted to hear a concert live.

It was the best night I'd ever had, but I was afraid to express too much joy. I took my cues from the Taco Bender guys. Thank goodness they were enjoying Gary Puckett. That relaxed me. But they saw things I didn't see. They were wild about the drummer losing a stick midway through, let's say, "Young Girl" and playing out the song with a single stick.

All I noticed was that the songs sounded just like the did on the radio.

I was ecstatic that the Taco Bender guys let me hang around them in the band room or at DeMolay so I could hear them talk about Blood, Sweat, and Tears or Cream and then I'd feel more confident that I was buying music I could talk about and feel good that I liked it.

I sure didn't want to get caught saying something stupid, like "Did you guys hear that album by the Archies? Can you believe what a great song "Sugar, Sugar" is?

I hope a bunch of the Taco Benders will come to this reunion. I'd like to find out what they are listening to these days and show them that I've got some pretty good CD's and mp3 files up my sleeve as well!

I never heard of the Taco Benders. Must have been low key or at least out of my league. The band I remember is Aftermath. They played at the Pinehurst Jr. High Graduation Dance in 1969. They played a lot of the contemporary songs of the day, but the one I remember from the dance was "One" by Three Dog Night.

I am thinking a gathering of the Taco Benders and Aftermath would be a great addition to the reunion festivities.