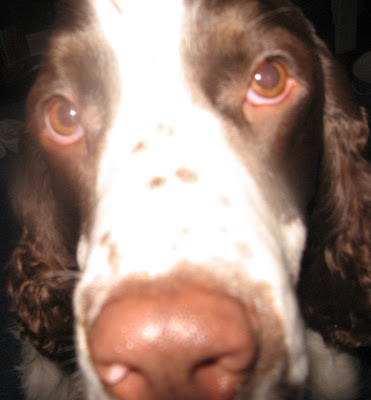 This week's Sunday Scribbling prompt is wings. Here, in Eugene, OR, an organization called WINGS provides educational seminars for those who "are searching for something more — more meaning and purpose, healthier relationships, personal and professional success, deep fulfillment, more fun!" WINGS envisions a world "where people act out of conscious choice, love and respect, not fear."

I have never done a WINGS seminar. But not being WINGed is not the point. The point is that those I know who have completed WINGS seminars, emerge glowing, at least temporarily, with genuine heartfelt joy and are washed in calm and, for a while, gaze deeply into my face when listening to me. They also wear pastel clothing.

Well, my dog, Snug, has struggled sometimes with making conscious choices whether to act out of love and respect rather than out of fear. He can be territorial about food and he consciously chooses sometimes to use his growl voice rather than his in-the-house voice and he aggresses toward the other dogs, our Corgis.

Sometimes when Snug feels confined, he consciously chooses to lunge at the Corgis, sometimes acting more out of fear than love and respect. One time he consciously chose to leave teeth marks in the back of Charly's neck. He consciously made bad choices on other occasions. 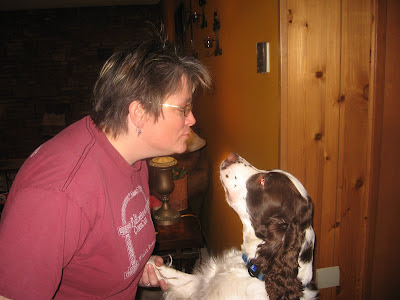 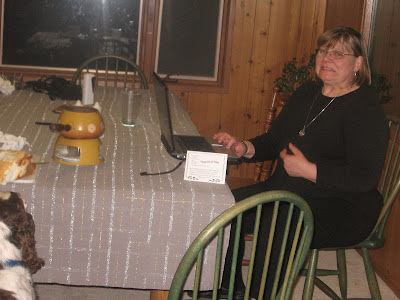 
This transformation in Snug has been very welcome. When I returned from Kellogg, the Deke almost immediately recognized the conscious choices Snug was making and she consciously chose not to fear Snug so much and consciously chose instead to act out of love and respect for him.

At first, we thought Snug had consciously chosen to come to know the Lord. We liked that idea, but the Deke had an "Aha!" moment one day while I was consciously choosing to work, in order to strengthen the financial security of our family community.

"Raymond," she said, "I know what's different about Snug. He went to WINGS!"

I think she's right. To celebrate how he has become a leader in his life, I'm going to consciously choose to gift him with a new dog collar. A pastel one.
Poured Like an Anode by raymond pert at 9:55 AM

Love the pic of snug. He has such cute eyes. Reminds me of Ozzy when I am getting ready to leave the house, and she wants me to stay.

Also great that Snug has completed his WINGS course and will get to wear something pastel.

I liked snug better before he became a WINGS graduate. I hope it wears off quick!

I always enjoy reading well-written pieces about folks and their animal companions. I'm constantly surprised by the way those with four legs (or two wings for that matter) are able to interact and communicate with us two-leggers.

I think Snug just felt the love at our house from our little animal kingdom, and it just flowed over him to help him change. Forget WINGS. You've got the "Diamond Street Mansion" to help Snug feel the love!!!

Hilarious! My favorite Snug-related post ever! :D Please keep us updated on Snug's search for enlightenment.